Is your cat urinating a lot more frequently than normal? Are they going little and often and sometimes seem in pain? Is there blood in their urine? Are they straining to urinate but very little or nothing is coming out?  If this is the case, then it is possible that your cat might be suffering from cystitis.

What is cystitis?
It is inflammation of the bladder which in cats can be caused by three main reasons; stress or idiopathic (80-85%), crystals forming in the urine (10-15%), bacterial infection (5%).  Overweight male neutered cats that live mostly indoors are at highest risk of developing cystitis but we do see this problem in slim cats and many females too.  The inflammation in the bladder means t 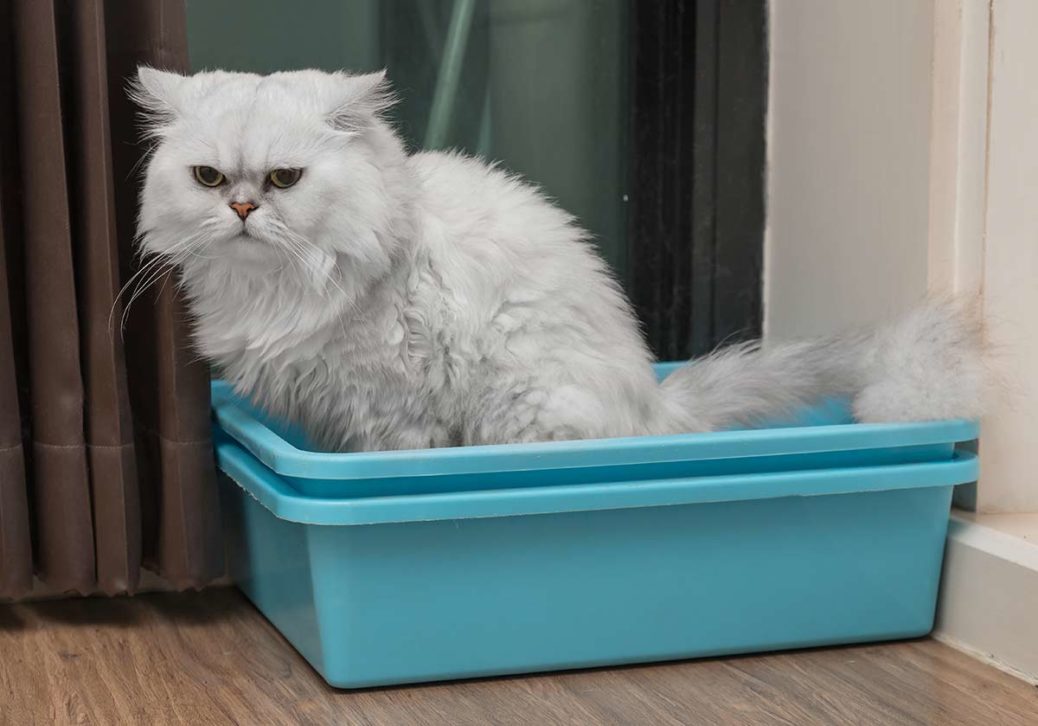 hat as soon as urine reaches it from the kidneys the cat feels the need to urinate which is seen in some affected cats as repeatedly going to the litter tray whilst only producing a small amount of urine which may or may not be bloody.  It is very painful for them too so they might cry or vocalise whilst in the litter tray.

Life threatening complications:
The most important thing to watch for is a male cat who is straining a lot to try to urinate and nothing is coming out. It is possible for cells from the inflamed bladder wall and small crystals to form a plug which can block the urethra.  As the urethra in a male cat is much narrower than a female cat they are much more prone to this complication. At the New Plymouth Vet Group we will often have 1-2 cats in our clinic on any given day recovering from having a blocked bladder. We definitely see an increase in the number of cases after bad weather as cats who toilet outside hold on for longer due to the cold and the rain and this leads to concentrated urine remaining in the bladder for longer.

Treating a cat with a blocked bladder:
It is essential to unblock the bladder as soon as possible or risk the bladder rupturing or severe damage to the kidneys due to back pressure of urine on them from the bladder.  To treat this condition the cat will receive a sedation or light anaesthetic to allow passage of a urinary catheter up the penis to unblock it and allow the bladder to empty.  The cat will then spend 2-3 days in hospital on iv fluids and with the urinary catheter kept in place until it is safe to remove it.

How do I prevent or treat cystitis in my cat? 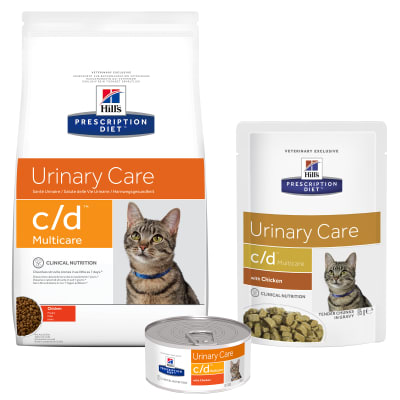 The most effective way of preventing cystitis flare-ups in cats prone to cystitis is by feeding the Hill’s C/D diet which is designed exactly for this purpose.  If fed as a sole diet (just this food and water and nothing else including meat/mince, milk) it reduces the incidence of cystitis in cats by 89%.  For obviously stressed cats Hills have made C/D Stress diet which contains tryptophan to help reduce the levels of stress in your cat.
Some owners will be able to quickly identify the source of stress that flares up their cat’s cystitis such as having a cat in the neighbourhood that bullies them, a new baby in the family, going to the cattery, moving house.  Other times the cause of the stress is not as obvious to us.  If the stressor can be removed then that will make a difference but in many cases this is not possible.   Also really important is to encourage increased water consumption to help make lots of dilute urine to flush out the bladder regularly.  Special cat water drinking fountains can work well for some to get them to drink more water.

If you are worried that your cat has cystitis and especially if you have a male cat that is straining to pass urine but can’t then please contact the clinic to book an appointment with one of our vets.

Now that winter is here and temperatures have dropped you might notice your cat or dog has become stiffer when moving, lame or just reluctant to jump up and down onto things that they have always been with in the past.  Just like with people, arthritis becomes more painful and therefore more noticeable when the weather is cold.

Important things to be aware of:
Just because your animal doesn’t cry or whimper when they move doesn’t mean they aren’t in pain.  It is extremely rare for an arthritic animal to make noise when they are sore.  This type of behavior in animals is restricted to pain due to sudden trauma (i.e. being run over by a car) or after surgery.  Instead to try to work out if you animal is sore then watch closely how they move.  Are they walking evenly on all 4 legs with nice long strides or do they favour one sides. Do they look a bit hunched through their back.  Can they jump, run and turn quickly with no sign of hesitation.  Do they get up from when they are lying down easily or is it a slow, deliberate process now? 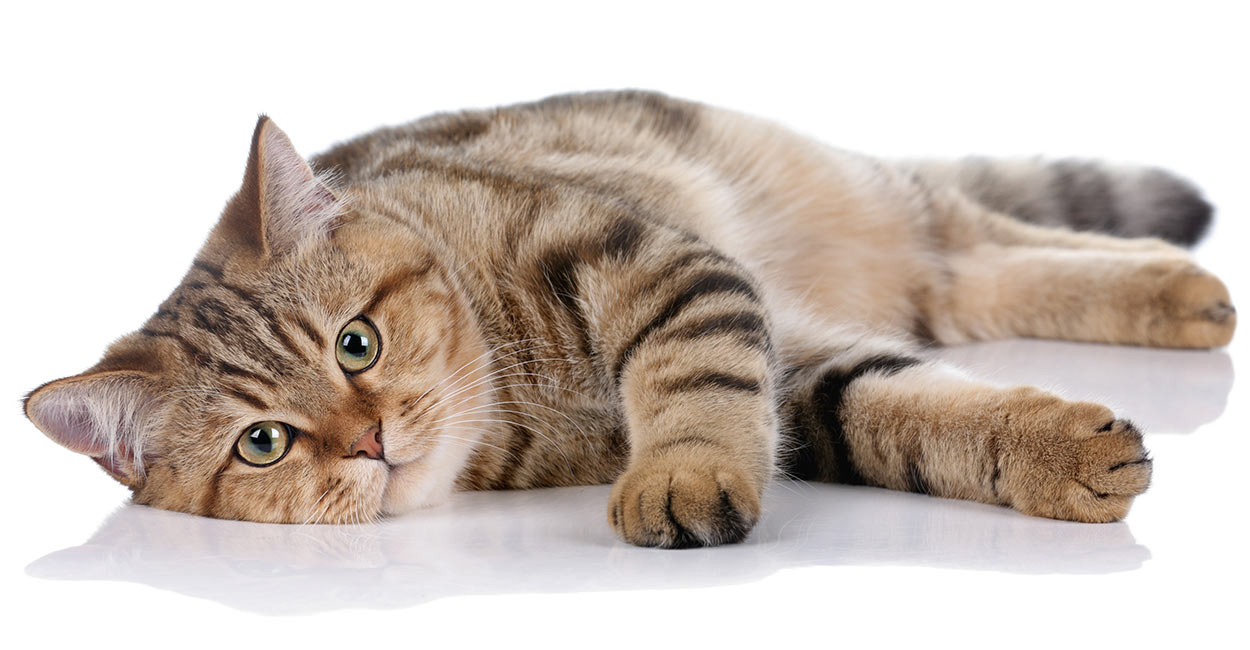 Being overweight is the worst thing for an arthritic animal.  This fact really hit home for me when I was working in the UK looking after 2 black labs of the same age who came in to the clinic during consecutive consultations one afternoon.  The first had arthritis in his elbows, weighed 45kg and was living on joint supplements, pain relief and anti-arthritic injections and was still really sore in spite of these. The owner was upset and frustrated at his pain but had never really tried to get him to lose weight in spite of our advice.  After the first lab limped out of the consult room the second one came in.  He also had arthritis in his elbows but weighed 32kg and was regularly, moderately exercised.  He was just in for a routine vaccination and the owner was very happy with his pain levels being minimal, he wasn’t lame and he didn’t require any medications at that point for his arthritis.  It was incredible to see the huge difference in quality of life between these two dogs which mostly related to the second lab being at his ideal weight. 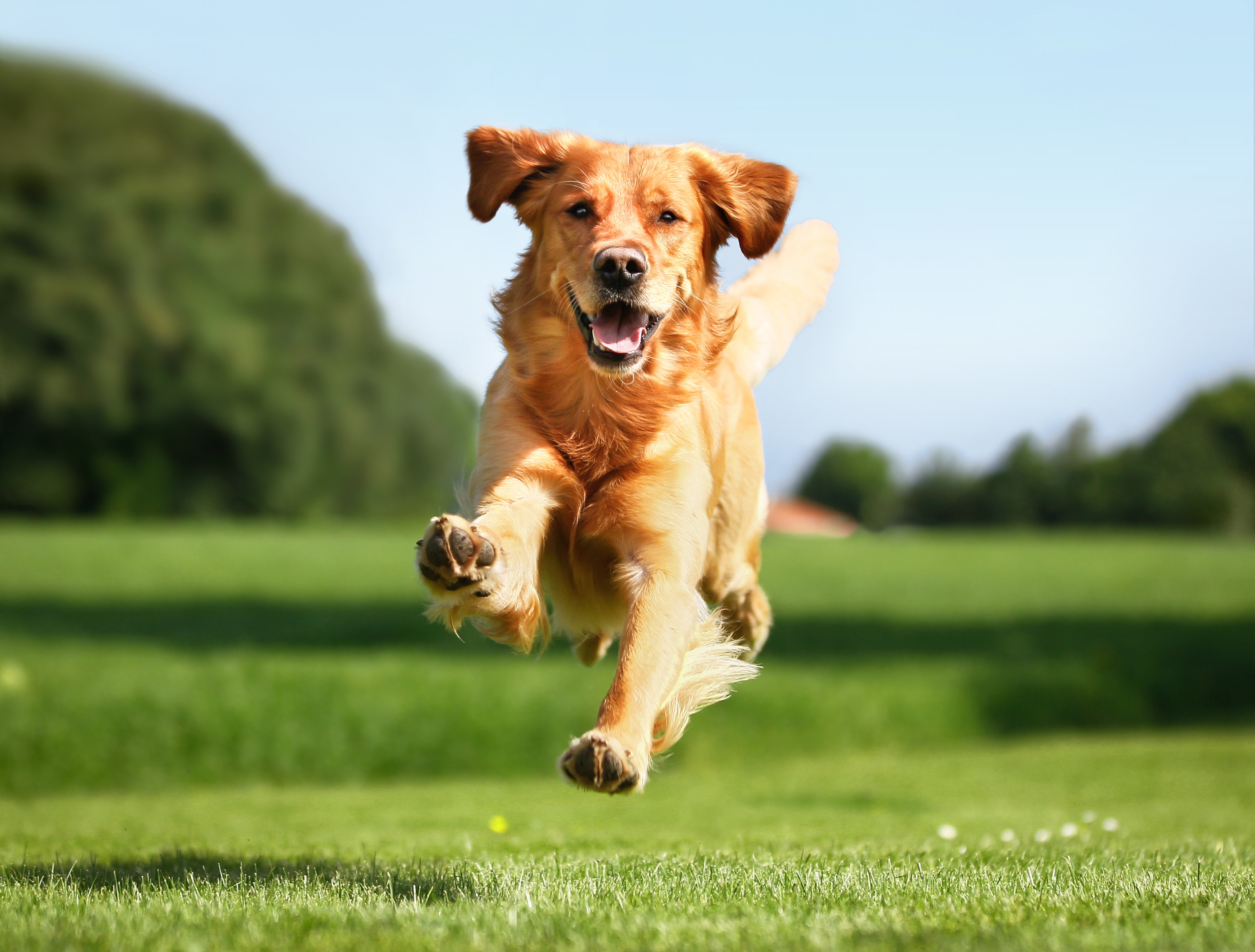 Having daily/regular pain relief is not a bad/unkind thing.  I frequently have conversations with clients about their pets as they get older around quality of life, suffering and deciding when to say goodbye.  It is not uncommon for people to say that they would never keep their pet going if they had to live on pain killers every day.  Although this might be the correct choice for some animals depending on what was causing their pain (e.g. severe, incurable, painful forms of cancer) for arthritic animals they can have greatly improved quality of life on the medications that we have available for them and almost all deserve at least a trial on some form of anti-inflammatory.  I was once called out to a euthanasia of a lovely old golden Labrador who was really struggling with being able to get up from lying down and who was obviously in pain from arthritis.  Whilst talking with the owners I discovered that she had never been given any type of pain relief as they owners didn’t know that this was an option.  Instead of saying goodbye to their beloved pet they decided to try a course and that dog had a further 10 months of really good life before it was finally time to say goodbye.  The owners were really grateful that the medications had allowed her to return to a much more comfortable, active life during those months. 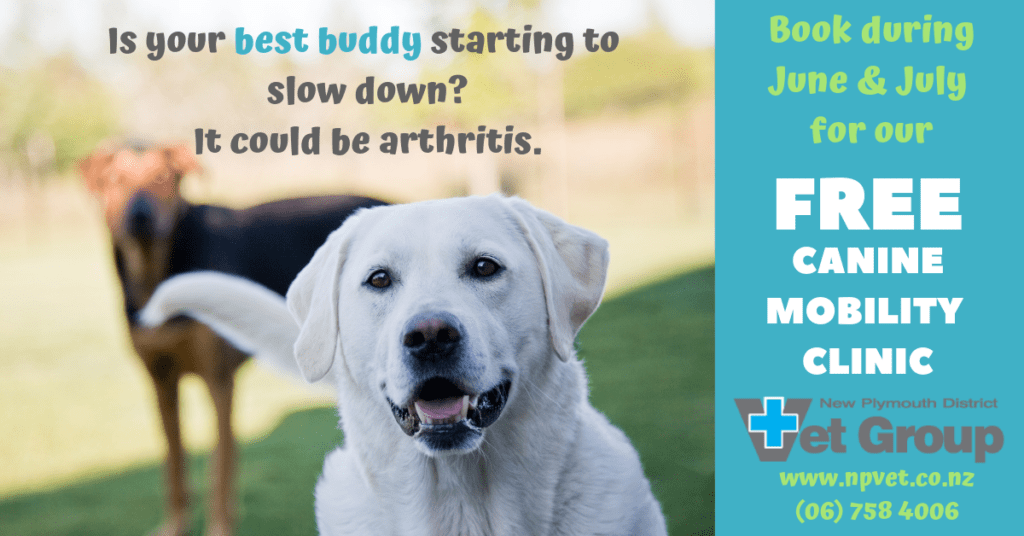 If your cat or dog goes missing you’re much more likely to be reunited if they have been microchipped. Unlike collars or tags which can be removed or lost, a microchip is a surgically implanted and is a permanent form of identification that can help vets, the SPCA and/or the council find an injured, stolen or lost pet’s owner.

As the name would suggest, a microchip is a small device equivalent in size to a grain of rice.  Our vet staff are experienced in implanting microchips and can perform the procedure on your cat or dog quickly and safely.

Why and when you should get your pet microchipped

Reasons to have your pet microchipped: 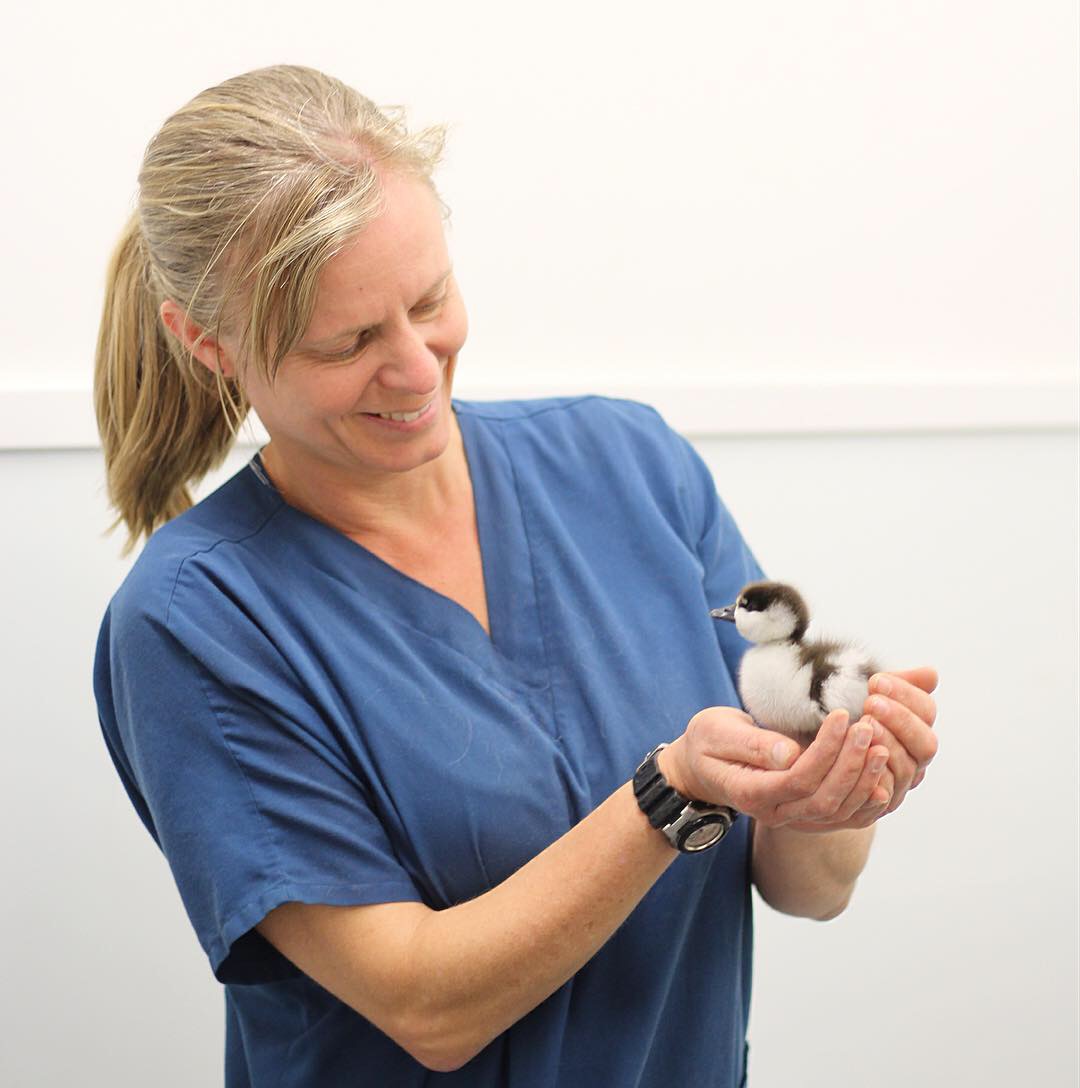 Meet Wendy. She is a highly experienced vet who joined our team in 2014. Before moving back to New Zealand, Wendy worked and trained in the UK, where she took part in a 3-year course studying classical homeopathy that was attended by a number of other veterinarians and physicians. After completing this course, Wendy achieved her veterinary acupuncture qualification in 2005. Wendy’s passion for holistic medicine is a true asset to our practice, where she sees first opinion cases and handles acupuncture and homeopathy referrals. In her free time, Wendy enjoys organic gardening and spending time with her daughters. Between the three of them, the family has managed to assemble a small zoo of pets, ensuring there is never a dull moment in the Dixon household.

Look at that face! Doesn’t get much more handsome than this little lad.  He was brought to is as a stray kitten and we were unable to locate an owner but recently he found a new family that fell in love with him. 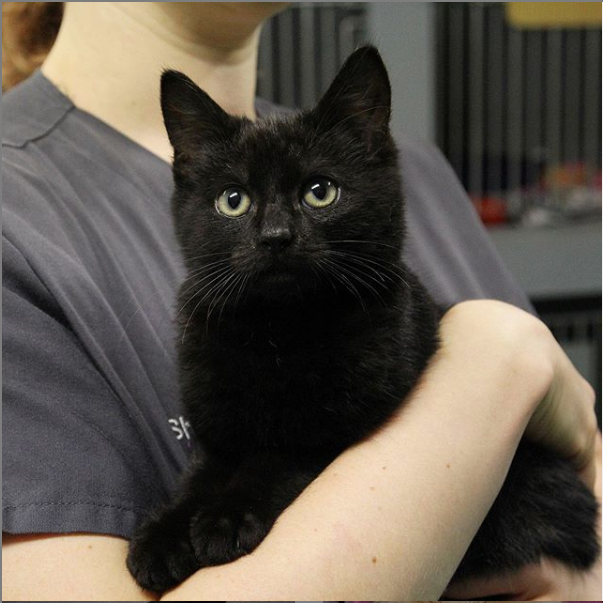 Have you checked out our Instagram page yet? Updated daily – Meet our pet visitors and patients! Click here!

Disclaimer: This email contains comments of a general nature only and is not intended to be a substitute for professional veterinary advice.

'Sumo' our Chemotherapy Superstar 'Sumo' a 12-year-old Jack Russell, presented to the clinic in June…

Happy New Year! Welcome to 2021. We hope you are feeling recharged and refreshed after…